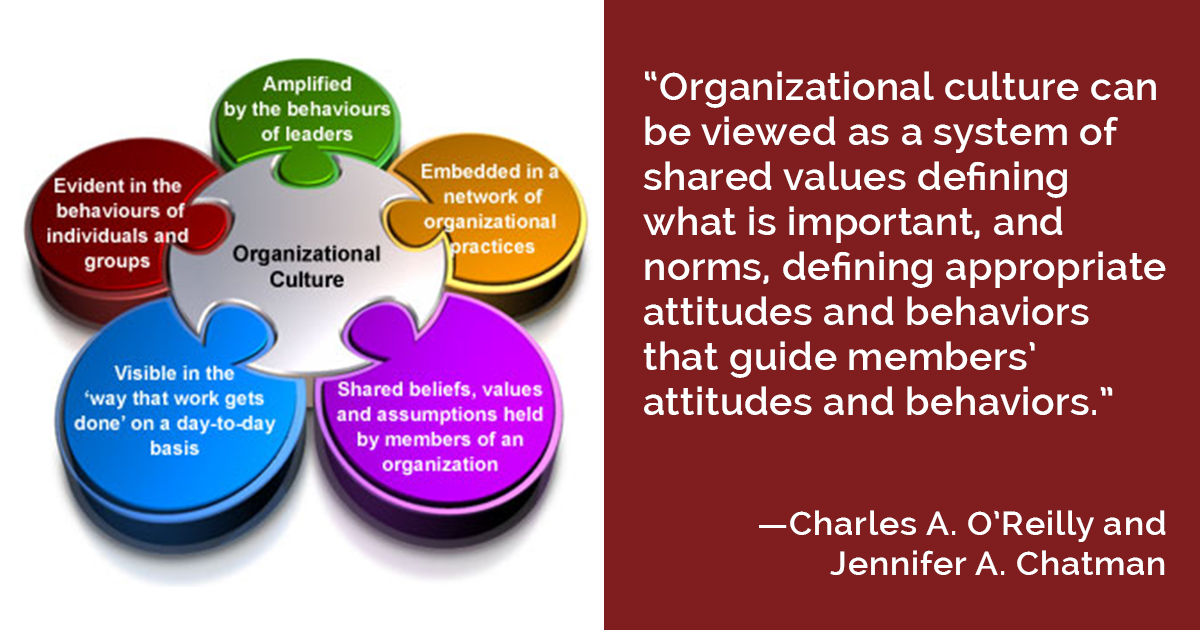 In the 1990’s Roger James and I tried to help an engineering firm tackle some difficult issues like retaining staff and completing projects.  The groundbreaking work of Edgar Schein on Organizational Culture and Leadership had just been published. Most leaders and consultants did not understand what culture was nor how it affected organizational performance.

Now, with the benefit of having helped numerous organizations successfully define and create strong, desired cultures, I realize that the engineering firm’s culture was one of the primary culprits of their difficulties. The hallmarks of that organization’s culture were fear of senior managers and of making “mistakes.” All decisions—even the small ones—had to be vetted by senior managers. Communication was top down and those at the top did not want to hear about problems at the bottom.

Culture can be loosely defined as “the way we do things around here.” It is a combination of how people think, feel, and behave. It is primarily driven by what managers do, say, and pay attention to.

At the visible level, culture is transmitted and expressed in three ways:

After years of investigation into the role of culture in organizations, it has become evident that culture is inexorably linked for good or ill to the success and longevity of organizations. Recent research indicates that companies with adaptive cultures fare better than those without. Adaptive cultures are those that encourage:

Notably, adaptive cultures also discourage or do not reward behaviors that are predictable, overly careful or that avoid conflict and focus primarily on “making the numbers.”

Organizations have “strong cultures” when norms, attitudes and behaviors are shared and strongly held throughout an organization. In less successful organizations managers do not agree on what the culture is or should be and there is a disconnect or outright conflict between the espoused culture and what people actually do and say.

But culture is not set in stone. Leaders have to pay attention to it over time. For example, Hewlett Packard was considered the paragon of adaptive culture for many decades beginning in the 1940’s. However, its culture slowly evolved into one that pays more attention to making the numbers, making incremental improvements, focusing on today’s customers’ needs and centralizing decision making. These are not the qualities of an organizational culture that initially led to the innovations that built HP’s reputation and success.

Mary’s award-winning book “Talk Matters! Saving the World One Word at a Time” is now available.  Click here to purchase it.