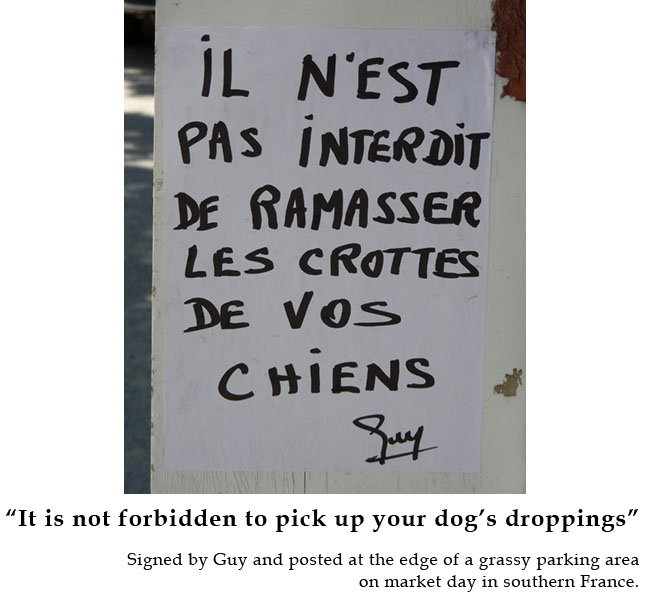 Instead of dog droppings, my longtime friend and teacher Angeles Arrien puts it more elegantly: “Watch your wake.”  A “wake” is the wave pattern or turbulence on the water’s surface caused by a moving object, like a boat.  If you have been in a boat on a lake when a larger and/or faster boat moves past you, you know how much disturbance exists in its wake.

In recent meetings, I was reminded about the impact people have when they do not watch their wake (or, pick up their dog droppings!). Each of us creates wakes in meetings through our words, tone, emotional state or all three. The question is whether our wake is a constructive or destructive one. In other words, do we create a positive emotional contagion or a destructive one?

Last month in the various meetings I facilitated, I noticed how the “wake” of a few individuals affected people. In one, a participant helped the group move forward. In response to a proposal he said in an upbeat tone, “This is a good place to start. We can fine tune the plan as we proceed and learn.” In another meeting, a participant suggested that the group prioritize the lists of ideas as a large group before dividing into small groups to synthesize the ideas and identify next steps. In both cases, the groups responded positively and took action.

In another meeting a woman exclaimed, “I don’t know what we are doing!” And, later, “This all presumes that people are being succinct and clear.” Said in a different tone these words could have been helpful. However, they were said with an angry, possibly blaming tone. They felt like wallops to the solar plexus. People in the group withdrew or began to argue, adding to the tension in the group. As the facilitator, I grounded myself by shifting my attention to my feet and breath and by paraphrasing what she said so I could make sure I understood what she was intending to communicate.

Imagine if she had said what she said, in a more neutral tone with different words such as, “I feel confused. I don’t understand what we are trying to accomplish and I’d like to.” Or, “I wonder what assumptions you are making?” Might the ensuing conversation been more constructive and might people have felt more calm and less likely to withdraw or join the fight?

My experience is that individuals rarely appreciate the impact they have on others or on a meeting as a whole through their words, tone, and emotional state. And, when we are angry or frustrated, we are less able to notice our impact because we are preoccupied with our own internal state. When we are self-absorbed, we are less self-aware and less able to “watch our wake.”

This does not mean, of course, that we should not communicate our emotions. The challenge is to communicate them in a way that people can hear them and respond constructively without feeling a need to duck for cover or join the fray.

4 thoughts on “Watch Your Wake”