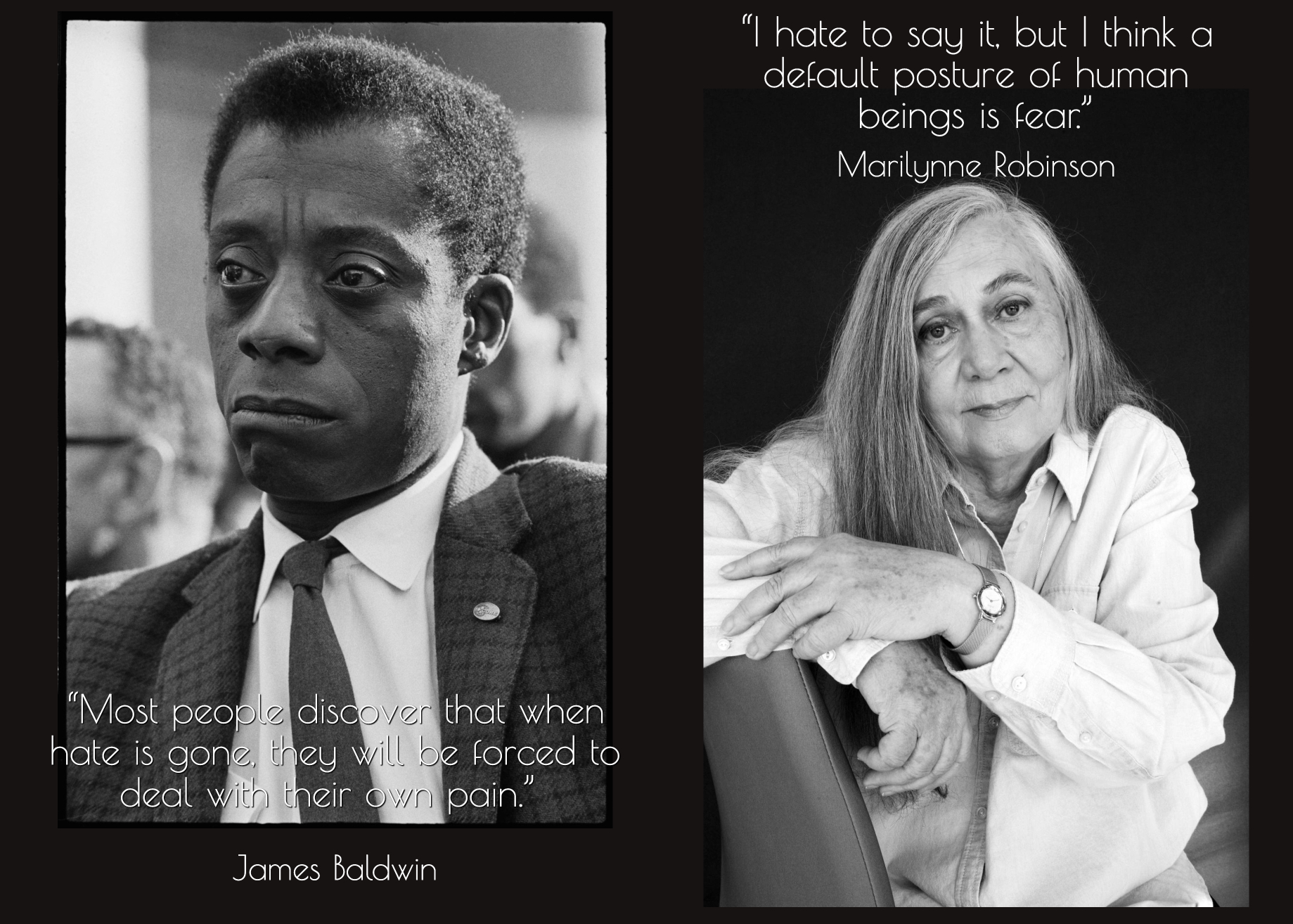 “What do you think we should be talking about more?”

I heard myself recently say to a friend, “The world is just too much for my soul these days.”

I had just read an announcement from the Wiyot Tribe on whose unceded ancestral lands I live that they had declared a State of Emergency on the Wiyot’s ancestral rivers due to extreme low flows and drought conditions. The Wiyot Tribe are my neighbors. Some of them are friends, colleagues, and former students. This comes on top of the other recent news: increasing drought, nearly daily mass shootings, multiple states limiting people’s right to vote, and violent attacks on Asians and Pacific Islanders, Blacks, Jews, and LGBTQ communities.

These bring to mind two things two remarkable people said. James Baldwin, American novelist, playwright, poet and activist, declared, “Most people discover that when hate is gone, they will be forced to deal with their own pain.”  And Marilynne Robinson, Pulitzer Prize winning author, remarked, “I hate to say it, but I think a default posture of human beings is fear.”

(*Robinson also framed the question that is the title of this blog.)

Are Baldwin and Robinson correct? I think they are. People avoid their pain and fear by hating others and ignoring what seem to be our current dire circumstances.

We talk in separate groups about climate change. Some, feeling the urgency of the climate crisis, focus on how to respond as quickly as we can; while others still debate whether the climate crisis is real, what causes it, and if it does exist, they argue there’s no way to respond without economic harm. We gather in separate racial groups to talk about whether we should even talk about racial equity or whether we should simply ignore or deny it or take responsibility for it.

My experience is that when I allow myself to experience pain and consider what is causing it and how I have played a part in creating this pain, not with self-blame but with a sense of taking responsibility for my part, a path forward to change the circumstance often appears. When I catch myself blaming or even hating others for the pain, I might feel comforted by righteous indignation for a short while, but this fuels the hate  without changing the circumstance that is the cause of the ache inside.

The same is true for fear. When someone disagrees with me, especially when it challenges what I hold dear, my sense of who I am can be threatened and I get caught in the predictable pattern of fight or flight . Fighting means I start interrupting others, disagreeing with their position, ignoring or outright dismissing them. Ignoring or dismissing others is a form of fleeing.

What might happen if, before or while dealing with the topic of conversation, we at least try to talk about what our pain is and what we are afraid of. We all carry painful memories of having been left out or behind, criticized or ostracized, physically or emotionally damaged. We are afraid of going through any of these again. Pain and fear are often braided together with the middle strand of painful memories being the source of both.

In addition to talking about what had caused the pain and fear, what might happen if we also talk about our highest hopes for the future?

Maintaining a Sense of “We”

My experience is that when we talk about tough topics, we tend to get tough with one another because we are in pain and/or frightened. It is easier to keep talking with people who already agree with us than it is to venture into conversations with people who see the world differently than we do. It is easier to hang out with “us” and blame “them” for whatever circumstances we fear or cause us pain.

When I talk with friends and close colleagues, I often allow space to explore what’s going on in my interior life. When this occurs, it is a balm for my soul, often strengthening my fortitude for the tougher conversations. This comes from a deeper sense of connection with them. Is this true for you too?

There is a lot going on these days that is hard to bear. Many days I can barely watch the news. As I befriend my pain and fears, I am better able to befriend the same in others. Ignoring pain and fear is harming us and getting in the way of creating a different future. Pain and fear overwhelm us, and we turn away from one another. The challenge of our time is to maintain a sense of connection as we embrace our differences.

We need to talk more about what keeps us apart, what hurts and what evokes fear. We can connect through our shared humanity and relish the richness in our different cultural legacies. We need patience and courage to stand in the space between fight and flight , in the sense of a “we”, so that new possibilities of a path  forward can emerge among us.

2 thoughts on “Pain and Fear”