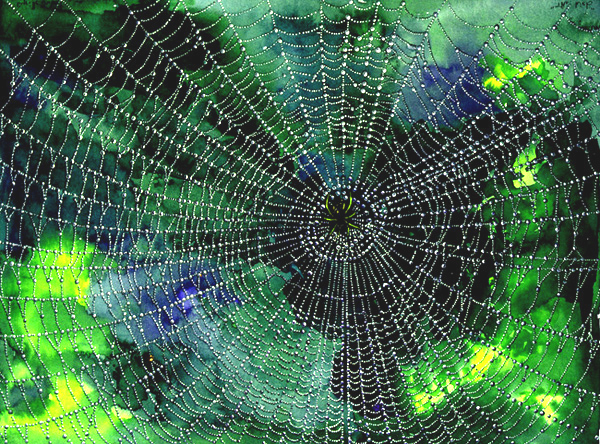 This post is inspired by ongoing conversations with my colleague Alan Briskin as we consider writing a book about social fields. The intention is to examine what they are and how to create generative ones in the service of positive social change. I intend it to be a follow-on to Alan’s blog post The Power of Fields.

As I reflect on conversations with my friend and colleague Alan and his recent blog post, these phrases stand out:

They capture many of my deepest intentions for my work.

My book, Talk Matters!: Saving the World One Word at a Time primarily focuses on how to create internal generative fields. Tapping research findings from brain science and social psychology, I made the case for mindfulness, for paying attention to body sensations, thoughts, and emotions so that we are able to make conscious choices about what to do or say, instead of being driven by self-protective mechanisms in the brain. I also described how to design and conduct interactive processes to support people being able to do this in line with their deepest and highest intentions.

Alan has been an avid student of the external fields that pervade individuals. Because of our mutual interest in fields, we have joined our efforts to deepen our understanding of them and the relationship between internal and external ones. Inspired by our interactions, I want to delve into the influences of the larger, external fields on human behavior. I’m growing to realize the importance of considering all the forces that influence people, particularly in interactions. Fields exist inside us as reflected in our thoughts, emotions, and body sensations. They also exist outside of us. For example, in the context, history, and culture of the organization or community in which we interact.

In a previous post, “The Fourth Dimension of Social Fields: The Human Mind,” I explore how internal fields affect external ones and vice versa. The point is that unless we are aware of fields and how they influence us, conscious choices are out of reach. I write, “If we don’t see or examine the social fields we are creating and operating in, it shapes what we do and say outside our awareness.”

We are Verbs, Evolutionary Processes

As much as our brains crave certainty and predictability, we—and the fields in and around us—are neither stable nor fixed. Research findings from neuroscience and quantum physics indicate that reality is verb-like and relational. As architect Buckminster Fuller said, “I seem to be a verb, an evolutionary process—an integral function of the universe.”

We affect internal fields by what we pay attention to. For example, when you stew over all the things that don’t work in your life, what internal thoughts, feelings and body sensations does that generate? Or, what happens when you pay attention to all the things for which you feel grateful? Each of these tracks of thought generate a particular internal field. The latter is likely to create a more generative field than the former.

We influence external fields with our internal ones. Our external social fields are verb-like and relational as well. We affect others’ thoughts, feelings, and body sensations just as they affect ours. As we mutually affect the internal fields of others, we shape the external ones. Much of this occurs at an unconscious level but can be traced to people’s facial expressions, words, tone, and intentions. These interactions are also influenced by the fields created by the context, history, and culture of the situation.

How might this interplay among internal and external fields occur across time and space in a group interaction? Research demonstrates that we affect one another’s internal fields through mirror neurons and the resonance circuitry in the brain and nervous system. How does what we are learning from the quantum world help us understand this interplay, this mutuality of influences?

We live in a Relational and Verb-like World

We live in a world of large objects like bodies, buildings and machines. In quantum physics, these are referred to as macrostates. This is the world studied by classical or Newtonian physics. When investigating the world of large objects, reality appears fixed and stable and is governed by cause and effect relationships. Drop an apple and it falls to the ground.

However, it turns out the laws of classical physics don’t work when quantum physicists began studying very small things like atoms and still smaller things like subatomic or elementary particles: electrons, protons, neutrons, and quarks. These are called microstates. They make up macrostates.

Quantum physicists have discovered the activity and movement of subatomic particles are influenced when observed. Apparently, the reality we cannot see with the human eye is dynamic and relational. From the point of view of microstates, do we live in a world in which observation, i.e., human consciousness, has a significant role to play in how reality evolves?

For example, we know meditation or self-observation influences the neural pathways in the brain. Mindfulness practice strengthens the neural networks that help us manage our impulsive instincts and diminishes those related to reactivity. Is it possible that when we observe our thoughts, feelings and body sensations, we are influencing the subatomic particles that in turn affect the neural pathways in our bodies?

We live in a web of interrelated influences. We are affected by both macrostates and microstates, usually outside of our awareness. We are interconnected in ways that most of us have never considered. Remarkably, human consciousness includes the ability to change internal fields by non-judgmentally observing our thoughts, feelings, and body sensations. One instrumental step in creating generative social fields is consciously choosing to use this ability to create these fields inside ourselves.