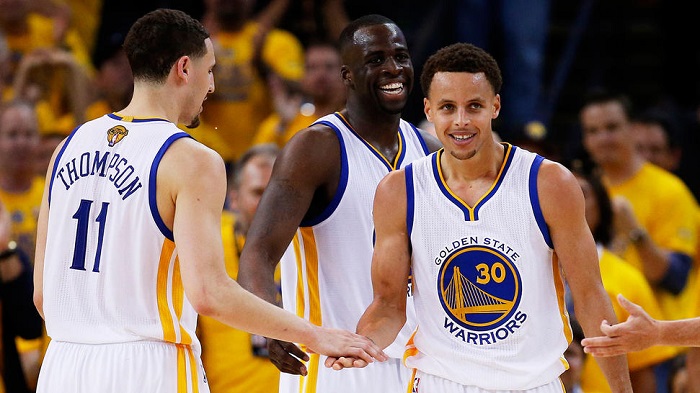 I enjoy watching basketball, especially during the National Basketball Association (NBA) playoffs when the level of skill and teamwork approach their apex. The team that wins is usually the one that plays as a team instead of one in which one or two players hog the ball. Just as in conversation, individual skills matter but skill and teamwork matter more. Used in tandem, they raise everyone’s level of play.

Certain individual skills increase teamwork on a basketball court, especially passing, assists (a pass leading to a basket) and recognizing the contributions of teammates. In conversations, listening, restating, asking good questions, and expressing appreciation engenders teamwork. So do giving others the benefit of the doubt, supporting those who need it, and tending to the interests of others.

Listening, restating, and asking good questions have been considered in previous blogs. So, let’s take a closer look at the other four behaviors, starting with appreciation.

Appreciating contributions. Has anyone ever thanked you for something you said in a meeting? Or have you ever thanked others for their contributions? For example, “Thanks for explaining that. I did not know this problem was affecting you and your department in this way.” Or “I am glad you said that. It sparks another idea that I hope builds on yours.” I have yet to meet the person who does not appreciate being appreciated. Try it in your next meeting and notice its effect on the group as a whole.

Giving others the benefit of the doubt. Or, assuming positive intent.  Because of the negativity bias in our brains (we are vigilant to any form of perceived or real threat), many people automatically assume that the comments of others are intended to undermine or criticize them personally, or that people are trying to manipulate a conversation to achieve their own agenda. Until proven otherwise (through direct experience, not based on your assumptions), take what people are saying at face value. I am often pleasantly surprised at how people rise to meet positive expectations.

Supporting others who need it. This might include listening closely to what they might need and/or asking them directly (“It sounds like you might be feeling isolated working in a separate location. How could we help with this?”)  You can also do this by listening, asking good questions, and expressing appreciation for their contributions to the conversation.

Tending to the interests of others. This is a basic tenet of effective negotiations and an important part of developing teamwork. People often communicate their positions in a conversation but not the interests that underlie those positions. For example, a production manager for a manufacturer was tempted to balk at an ambitious production request for an important customers from the head of marketing. Once she understood what was at stake for her colleague (his interests), she investigated with him what other customer orders could be postponed to respond to this unexpected and pressing customer request. By tending to his interests, along with her own, they built teamwork in their conversation and in their relationship as a whole.

It important to remember that the skill and teamwork exhibited in the NBA playoffs develops over months of individual and team practice. Which skill do you want to practice this week? What could you do in your next conversation to strengthen teamwork?